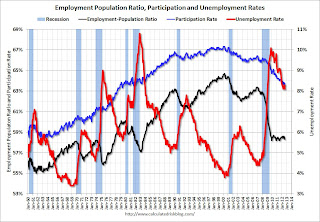 
The Labor Force Participation Rate declined to 63.5% in August (blue line)- another new cycle low. This is the percentage of the working age population in the labor force.


The participation rate is well below the 66% to 67% rate that was normal over the last 20 years, although most of the recent decline is due to demographics.

The Employment-Population ratio declined to 58.3% in August (black line). This is a new low for the year, and just above the cycle low. 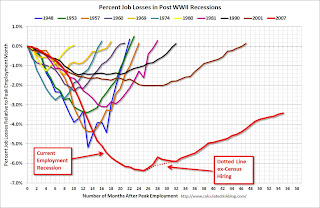 Posted by Mayfield at 8:53 AM No comments: 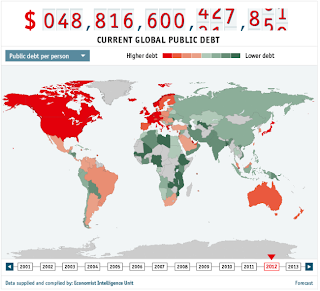 source
Posted by Mayfield at 8:46 AM No comments:

The National Debt has continued to increase an average of $3.88 billion per day since September 28, 2007!
Posted by Mayfield at 1:26 PM No comments: